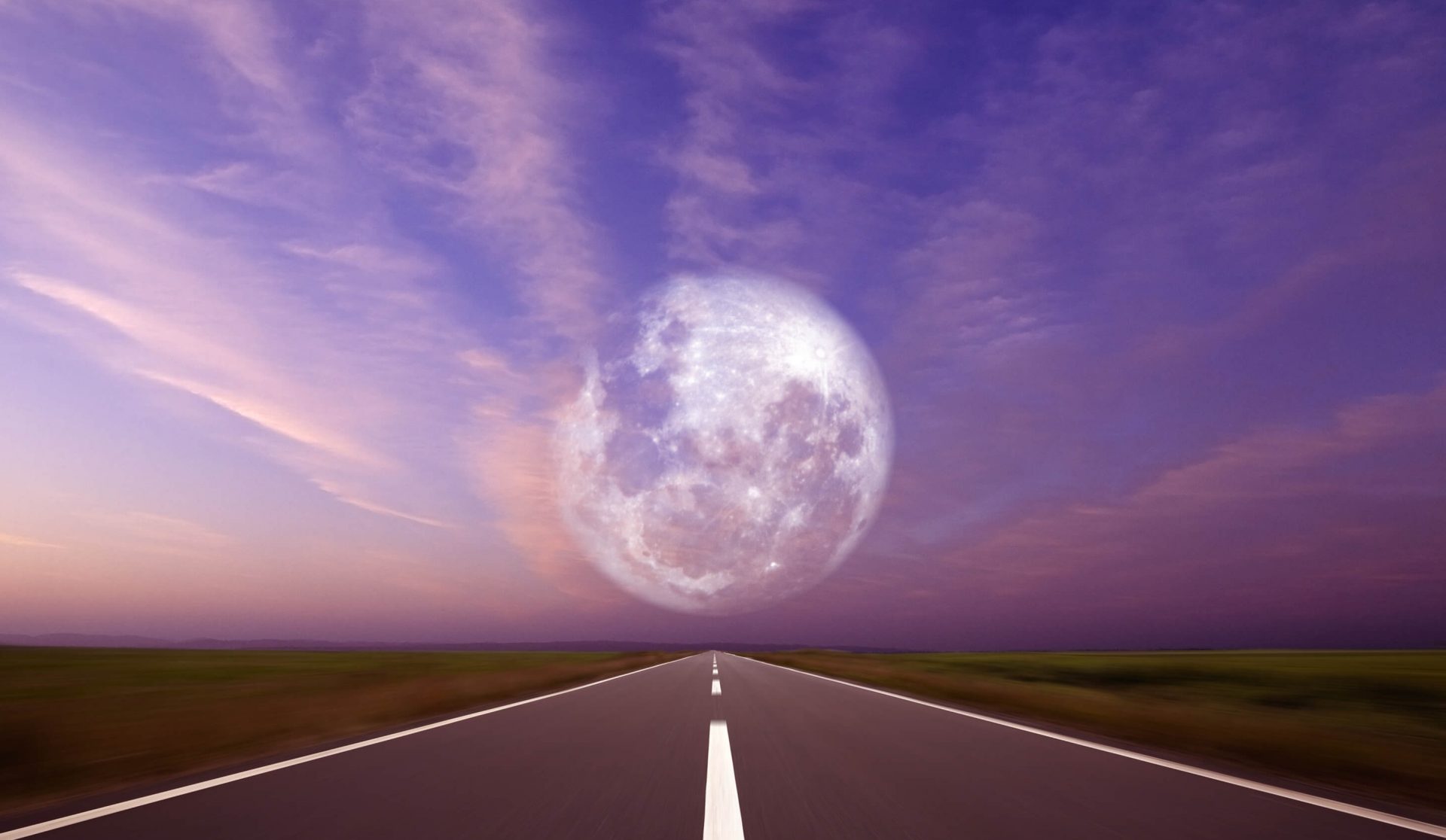 Jesus said, “Your Word is truth,” referring to the Bible. But how can we know that the Bible is truly the inspired Word of God, and not merely the words of fallible man? The following brief articles offer just a few of the many evidences for the Bible, and will give you some things to think about.

Who Wrote the Bible?

When you write a letter, do you write the letter, or does the pen? Obviously you do; the pen is merely the instrument you use. God used men as instruments to write His “letter” to humanity. They ranged from kings to common fishermen, but the sixty-six books of the Bible were all given by inspiration of God. Proof that this Book is supernatural can been seen with a quick study of its prophecies, among other things.

Biblical prophecies are extremely detailed and precise. Unlike other religious books, the Bible offers a multitude of specific predictions—some thousands of years in advance—that either have been literally fulfilled or point to a definite future time when they will come true. No other religion has specific, repeated, and unfailing fulfillment of predictions many years in advance of events over which the predictor had no control. The sacred writings of Buddhism, Islam, Confucius, etc., are all missing the element of proven prophecy. These kinds of predictions are unique to the Bible.

Only one who is omniscient can accurately predict details of events thousands of years in the future. Limited human beings know the future only if it is told to them by an omniscient Being. God provided this evidence for us so we would know that the Scriptures have a divine Author: “For I am God, and there is no other; I am God, and there is none like Me, declaring the end from the beginning, and from ancient times things that are not yet done” (Isa. 46:9,10).

In addition, the Bible declares that prophets must be 100 percent accurate—no exceptions. If anyone claimed to be speaking for God and the prophesied event didn’t come to pass, he was proven to be a liar. The writings of Mormons and Jehovah’s Witnesses are littered with false prophecies, so we can know whether they are written by men or by God.

The Bible’s sixty-six books, written between 1400 B.C. and A.D. 90, contain approximately 3,856 verses concerned with prophecy. Even more important are the many prophecies of a coming Messiah. God said He would send someone to redeem mankind from sin, and He wanted there to be no mistake about who that Person would be. In all, there are over three hundred prophecies that tell of the ancestry, birth, life, ministry, death, resurrection, and ascension of Jesus of Nazareth. All have been literally fulfilled to the smallest detail.

A fact often overlooked by critics is that, even if most biblical predictions could be explained naturally, the existence of just one real case of fulfilled prophecy is sufficient to establish the Bible’s supernatural origin. Over 25 percent of the entire Bible contains specific predictive prophecies that have been literally fulfilled. This is true of no other book in the world. And it is a sure sign of its divine origin.

Compiled by Jordan and Justin Drake

In 1889 a schoolteacher told a ten-year-old boy, “You will never amount to very much.” That boy was Albert Einstein. In 1954 a music manager told a young singer, “You ought to go back to driving a truck.” That singer was Elvis Presley. In 1962 a record company told a group of singers, “We don’t like your sound. Groups with guitars are definitely on their way out.” They said that to the Beatles. Man is prone to make mistakes. Those who reject the Bible should take the time to look at the evidence before they come to a verdict.

Archaeology and History Attest to the Reliability of the Bible

No other ancient book is questioned or maligned like the Bible. Critics looking for the flyspeck in the masterpiece allege that there was a long span between the time the events in the New Testament occurred and when they were recorded. They claim a gap exists archaeologically between the earliest copies made and the autographs of the New Testament. In reality, the alleged spaces and so-called gaps exist only in the minds of the critics.

Manuscript Evidence. Aristotle’s Ode to Poetics was written between 384 and 322 B.C. The earliest copy of this work is dated A.D. 1100, and there are only forty-nine extant manuscripts. The gap between the original writing and the earliest copy is 1,400 years. There are only seven extant manuscripts of Plato’s Tetralogies, written 427–347 B.C. The earliest copy is A.D. 900—a gap of over 1,200 years. What about the New Testament? Jesus was crucified in A.D. 30. The New Testament was written between A.D. 48 and 95. The oldest manuscripts date to the last quarter of the first century, and the second oldest A.D. 125. This gives us a narrow gap of thirty-five to forty years from the originals written by the apostles.

Corroborating Writings. Another point of contention arises when Bible critics have knowingly or unknowingly misled people by implying that Old and New Testament books were either excluded from or added into the canon of Scripture at the great ecumenical councils of A.D. 336, 382, 397, and 419. In fact, one result of these gatherings was to confirm the Church’s belief that the books already in the Bible were divinely inspired. Therefore, the Church, at these meetings, neither added to nor took away from the books of the Bible. At that time, the thirty-nine Old Testament books had already been accepted, and the New Testament, as it was written, simply grew up with the ancient Church. Each document, being accepted as it was penned in the first century, was then passed on to Christians of the next century. So, this foolishness about the Roman Emperor Constantine dropping books from the Bible is simply uneducated rumor.

Fulfilled Prophecies. Prophecies from the Old and New Testaments that have been fulfilled also add credibility to the Bible. The Scriptures predicted the rise and fall of great empires like Greece and Rome (Dan. 2:39,40), and foretold the destruction of cities like Tyre and Sidon (Isa. 23). Tyre’s demise is recorded by ancient historians, who tell how Alexander the Great lay siege to the city for seven months. King Nebuchadnezzar of Babylon had failed in a 13-year attempt to capture the seacoast city and completely destroy its inhabitants. During the siege of 573 B.C., much of the population of Tyre moved to its new island home approximately half a mile from the land city. Here it remained surrounded by walls as high as 150 feet until judgment fell in 332 B.C. with the arrival of Alexander the Great. In the seven-month siege, he fulfilled the remainder of the prophecies (Zech. 9:4; Ezek. 26:12) concerning the city at sea by completely destroying Tyre, killing 8,000 of its inhabitants and selling 30,000 of its population into slavery. To reach the island, he scraped up the dust and rubble of the old land city of Tyre, just like the Bible predicted, and cast them into the sea, building a 200-foot-wide causeway out to the island. Alexander’s death and the murder of his two sons was also foretold in the Scripture.

Another startling prophecy was Jesus’ detailed prediction of Jerusalem’s destruction, and the further spreading of the Jewish diaspora throughout the world, which is recorded in Luke 21. In A.D. 70, not only was Jerusalem destroyed by Titus, the future emperor of Rome, but another prediction of Jesus Christ in Matt. 24:1,2 came to pass—the complete destruction of the temple of God.

Messianic Prophecies. In the Book of Daniel, the Bible prophesied the coming of the one and only Jewish Messiah prior to the temple’s demise. The Old Testament prophets declared He would be born in Bethlehem (Mic. 5:2) to a virgin (Isa. 7:14), be betrayed for thirty pieces of silver (Zech. 11:12,13), die by crucifixion (Psa. 22), and be buried in a rich man’s tomb (Isa. 53:9). There was only one person who fits all of the messianic prophecies of the Old Testament who lived before A.D. 70: Jesus of Nazareth, the Son of Mary.

Yes, the Bible is an amazing book—which bears the fingerprint of God.

Contradictions in the Bible—Why Are They There?

The godly base their confidence on two truths: 1) “all Scripture is given by inspiration of God” (2 Tim. 3:16); and 2) an elementary rule of Scripture is that God has deliberately included seeming contradictions in His Word to “snare” the proud. He has “hidden” things from the “wise and prudent” and “revealed them to babes” (Luke 10:21), purposely choosing foolish things to confound the wise (1 Cor. 1:27). If an ungodly man refuses to humble himself and obey the gospel, and instead desires to build a case against the Bible, God gives him enough material to build his own gallows.

This incredible principle is clearly illustrated in the account of the capture of Zedekiah, king of Judah. Jeremiah the prophet told Zedekiah that God would judge him. He was informed that he would be “delivered into his hand; your eyes shall see the eyes of the king of Babylon, he shall speak with you face to face, and you shall go to Babylon” (Jer. 34:3). This is confirmed in Jer. 39:5–7 where we are told that he was captured and brought to King Nebuchadnezzar, then they “bound him with bronze fetters to carry him off to Babylon.” However, in Ezek. 12:13, God warned, “I will bring him to Babylon…yet he shall not see it, though he shall die there” (emphasis added).

Here is material to build a case against the Bible! It seems an obvious mistake. Three Bible verses say that the king would go to Babylon, and yet the Bible in another place says that he would not see Babylon. How can someone be taken somewhere and not see it? It makes no sense at all—unless Zedekiah was blinded. And that is precisely what happened. Zedekiah saw Nebuchadnezzar face to face, saw his sons killed before his eyes, then “the king of Babylon…put out Zedekiah’s eyes” before taking him to Babylon (Jer. 39:6,7).

This is the underlying principle behind the many “contradictions” of Holy Scripture (such as how many horses David had, who was the first to arrive at the tomb after the resurrection of Jesus, etc.). God has turned the tables on proud, arrogant, self-righteous man. When man proudly stands outside of the kingdom of God, and seeks to justify his sinfulness through evidence he thinks discredits the Bible, he doesn’t realize that God has simply lowered the door of life, so that only those willing to exercise childlike faith and bow in humility may enter.

It is interesting to note that the seeming contradictions in the four Gospels attest to the fact that there was no corroboration between the writers.

Excerpted from The Evidence Bible (Bridge-Logos). Used with permission.

Secured By miniOrange
Skip to toolbar